Goa Is an Aging Euro Game

If I describe Goa as an economic Euro game with auctions and resource management, you’d probably wonder what makes it different from dozens of other board games that could be described nearly the same way. The thing is, while that’s the basis for this fun board game, there’s more to it than that. It’s more than the sum of those parts.

I think you really have to play it to understand how it can get better with age. I’ve only played a few games – notably Puerto Rico – where I could honestly say I like it more each time I play it. 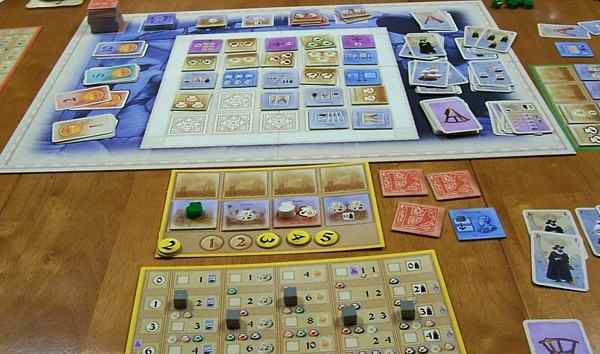 Goa was first published in 2004. When that version went out of print, the price of copies for sale rose dramatically – a testament to its popularity. Today you can again obtain it for a more reasonable price since it’s been reprinted and has new tiles and a new variant to boot.

Goa is playable with 2-4 players. While many claim it plays best with 4, it also plays quite well with 2 or 3 players. It takes about an hour and a half to play.

I mentioned Puerto Rico earlier. Many gamers will tell you that there are similarities between that game and this one. I’ve even seen Goa called Puerto Rico with auctions thrown in.

If you like Euro-style games, you probably will like this one as well. It is very popular amongst those of us who do like this type of board game. If you’re unsure, try to do as I do – see if you can find someone else who owns a copy and give it a test run first. Then run out and buy a copy for yourself.

Check the price of Goa on Amazon.

Goa, an Auction Board Game That Gets Better with Age