Beat Up on Rome with Hannibal

Hannibal: Rome vs Carthage is usually classified as a war game, but you probably should think of it as a quasi-war game at best. It’s not all battles and weapons; there is also a political aspect to deal with. 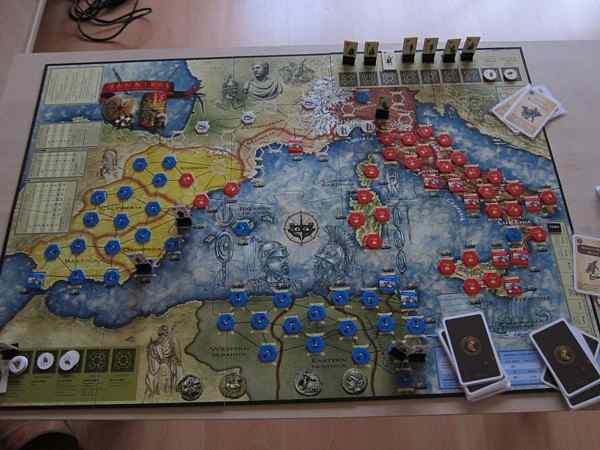 Hannibal is for 2 players only. It’s considered an asymmetric game in that the powers of each player are not equal. Where one side excels the other is weaker and vice versa.

Like many war games, the rules are very detailed to cover all the possible conditions. If lots of rules put you off, you may want to look elsewhere.

Hannibal is card-driven. One set of cards is used for events or operations. Another set is used for battles. Don’t mistake this for a straight card game though as there is also a game board.

Hannibal: Rome vs Carthage creates plenty of tension and offers some tough decisions on both sides. If you think you can handle it, give it a try.

Check the price of Hannibal on Amazon.