A Great Board Game for Each Letter of the Alphabet

Click the letter graphic to go to a review of the board game.Click the

Click the game (box) to check its price at Amazon.

Agricola is one of my favorite board games of all time. I fell in love with it, so to speak, from the very first time I played it – back when I barely knew what it was about, much less how to win it. That was back in September of 2008.

Since then, I’ve played Agricola over 400 times. That’s a lot for a game that often takes about 2 hours to play. It never feels like it’s taking that long though.

Obviously I don’t always win this game. (There are a lot of games that I enjoy that I don’t often win.) But I’ll give you a hint that often leads to victory: You can never have too much wood.

Brass is a game that you play on a map of England. I’ve tried playing it a few times, but I’ve never enjoyed it very much. I think it’s a combination of the mechanics used and the artwork (as petty as that seems) that turn me away from this game.

Chances are that you will have a different feeling about Brass as it is highly regarded by many other board gamers. Even 8 years after it was released, it remains in the top 20 favorite games at Board Game Geek. (Agricola is still in the top 10 after the same amount of time.)

Caylus is a game that I enjoy playing but will probably never own because my spouse doesn’t like it all that much. Besides, it plays best with 3 players.

I don’t have a good handle on how to win Caylus, probably because I’ve only played it a few times. The people I’ve played it with the most seem to have caught onto it better than I have. I do get better at it each time I play though.

Die Macher (German for The Makers) is a monster of a game that I actually owned for a brief period of time. I never played it because it seemed overwhelming at that point in my gaming “career”. It can easily take over 4 hours to play.

Even today I’m not sure that I would be up for such a long game. Finding several other players (plays best with five) who would be ready to tackle it at the same time would be difficult too. I suppose if we played it over two days…maybe.

El Grande remains (by just a little) my favorite game of all time. It is mostly an area control game that I got a good grasp of from the second or third time that I played it. This is one that I can win fairly often.

Though it does play pretty well with 2, 3, or 4 players, we usually wait until we have the full complement of 5 before we bring it to the table.

The Decennial Edition comes with some expansions. I’ve only tried one of them once. It seemed to add too much to an already full game, so I’ve never attempted the other expansions.

Fresco is a lighter, but fun, board game that I used to own. It’s one of those that requires a “dummy” if you only have 2 players. That makes it one that we don’t care to play that much. I traded it for a true 2-player game called Mr. Jack in New York.

I played Goa one time at a gamer’s convention. I enjoyed it and would accept a copy if the opportunity arose, but since it plays best with 4 players, it probably wouldn’t get played much at our house.

Hannibal: Rome vs Carthage is an older war game. I don’t enjoy the idea of war games all that much – actually not at all. In games that aren’t strictly war games, if the opportunity for battle arises, I usually shy away from it even then. It’s not that I think fighting in games is bad. It’s just that I’m too afraid of losing.

Imperial, or the updated Imperial 2030, is a game I have not had the chance to play. It was designed by Mac Gerdts.I have played his Concordia and Hamburgum and enjoyed both of them, so I think I would like Imperial as well.

Jaipur is a 2-player game that I would probably enjoy. We had fun with Jambo but traded it away because we just didn’t play it. I think Jaipur reminds me of Jambo because of the J and it being 2-player-only – obviously not anything like a fair comparison. In any case, I’d like to try Jaipur someday to see if it would be a keeper or not.

King of Tokyo is a light-hearted yahtzee variant that’s fun to play. It has a little press-your-luck element that I usually enjoy in a game. The artwork is kinda cool and the dice are very well-made.

Le Havre is another game I rate highly. It was designed by Uwe Rosenberg who also made Agricola. Even though this feels like a game that should be played with 3 or 4 players at a minimum, we fairly often play it with just 2 people. I used to win this one regularly (I think), but lately I’ve been on the losing end more often than not. It’s one of those games though that I really like to play – win or lose.

Mage Knight is a highly-rated (top 10, as of this writing) game on Board Game Geek. It is a cooperative game with lots of fighting. I’ve only played it a few times and have enjoyed it. It’s not one I would ever own because my wife wouldn’t like it. Battling fantasy bad guys isn’t her thing.

Navegador is another Mac Gerdts game that I have not had a chance to try. I would welcome the opportunity to give it a go though. A brief description of the game makes it sound like a lot of other games out there, but it must have something special that makes it popular enough to be (as of this writing) just outside the top 100 on Board Game Geek. (Anything in the top 300, or even 500, is normally pretty good.)

Uwe Rosenberg is back again with Ora et Labora (Latin for Pray and Work). I’ve played this one just a few times and like it almost as much as Uwe’s other games. (By the way, Agricola, mentioned above, is Latin for Farmer.)

Puerto Rico is a board game that I didn’t think I liked very much after my first play. However, the more I played it, the more I liked it. This is a game that we will still pull off the shelf quite often, if we have 3 or more players. You can play it with just two, but we’ll more likely play its derivative, San Juan, if we have fewer than 3 players.

Quarriors! has lots and lots of specialty dice. If you like rolling dice, there’s a good chance you’ll like this game. I thought it was just okay the two times I played it. The dice themselves were a little small for my taste, but I guess they have to be considering the many cubes that are included in a game tin.

Race for the Galaxy is actually a derivative of Puerto Rico much like San Juan is. (See above.) I used to own it but gave it away to someone who liked it even more because my wife didn’t care for the mechanics (which are difficult at first) and the space theme.

Steam is a train game I’d like to try at least once, even though it’s designed by Martin Wallace whose games I usually don’t care for. I really like Ticket to Ride which is another train game. I don’t think there’s necessarily much similarity between the two, but maybe there’s just enough that I would like this one.

Twilight Struggle sounds like a war game, but apparently it’s not. The theme, however, just turns me away, so I’ve never had the urge to try this one. It is a 2-player game that’s about the Cold War and politics. I’m not sure how it has stayed in the top ten at Board Game Geek for so long. 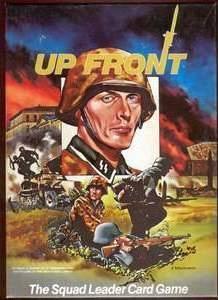 Up Front is a war game from 1983 that is still the highest rated game starting with the letter U. I have no desire to play it. Someone should invent a new, good game that starts with U so it could replace this one.

Vasco da Gama is a game with a common European theme. I haven’t tried it but probably should since it has several mechanics which I normally enjoy – card drafting, tile laying, and worker placement.

War of the Ring is, as you should expect from its name, based on the hobbit stories by Tokien. It’s a classic battle of the good guys against the bad guys. There are two editions available currently. I would assume that the second one is better physically and rules-wise. There are changes in both areas.

Xiangqi is an ancient chess-like game for two. I like chess well enough, but not all that much. If I had the chance, I’d probably give this game a shot. I doubt I would ever own a copy though because it’s too abstract and war-like for my wife.

YINSH is another 2-player abstract that I’d like to try. The bits for this, and other games in the GIPF family, look really neat to me. YINSH is the best liked game in the GIPF line.

ZERTZ is another game in the GIPF family. The others are GIPF itself, DVONN, PUNCT, TAMSK, TZAAR, and YINSH (just above). Other GIPF games are rated more highly but I’d still like to try this one anyway.