So you say you love classic chess but want a new challenge? 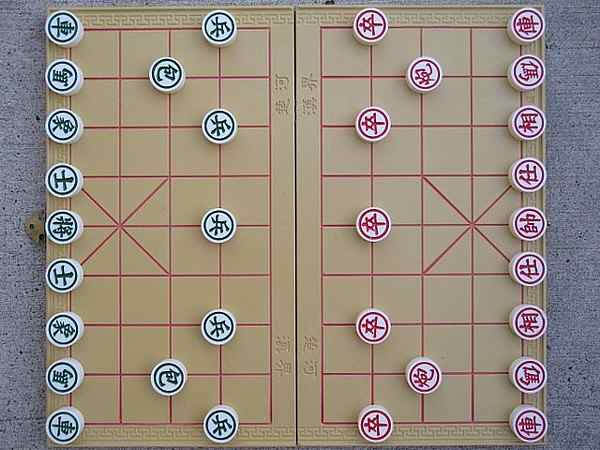 XiangQi has a different game board than “Western” chess. It is divided into two halves by a “river” and includes a “castle” – a 3×3 area which the king and his advisors can’t leave. The pieces are placed on the intersections of squares, rather than the squares themselves. The river is a boundary, which cannot be crossed by the elephant piece, and is also the promotion area for pawns.

The castle is the domain of the king and game play revolves around checkmating him there. The two kings may not face each other across an open file without at least one other piece in between.

The pieces move similarly to their Western chess counterparts, except that the knight may not jump, and the elephant piece (like a bishop) moves two squares diagonally and may not cross the river. There is a unique piece, called the ‘pao’ or cannon, which moves like a rook but may only capture by jumping over another piece.

So you say you’re pretty sharp at Western chess? Time to resharpen those skills on chess’s cousin, XiangQi.