Trading Games Stuck on the Shelf 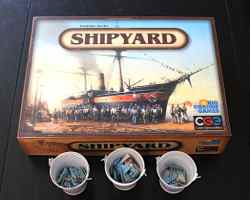 If you own any board games at all, you probably play most of them on a somewhat regular basis. Maybe you’ve played Game X a dozen or more times, Game Y a handful of times, and Game Z (that new one you just got for Christmas or your birthday) a time or two.

But if you look at all the games on your shelf or in your closet, you’ll probably find at least one or two that just never seem to get to the table to be played. It’s not that they’re bad games. After all, somebody thought it was good enough to publish in the first place, and you or someone who likes you thought it sounded interesting enough to buy.

Maybe you’ve even played it a few times in the past. But now you just know that you’re not likely to open it up and play it again. It’s lost its luster or another game has taken its place. 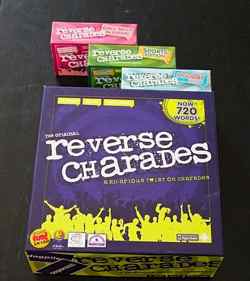 So what are you going to do with this game that’s just collecting dust on the shelf?

Sell it at a yard/garage/rummage sale for a quarter? Re-gift it? Throw it away? Hope that someone else sees it sitting there and gives it a try?

Why not trade it for a different game you’re more interested in playing?

Where do you do that? At your local game store (if you even have one)? On Craigslist? At a flea market?

There’s a much better way on a site called Board Game Geek.

Game owners – just like you – offer their games to others by adding them to a long list called a GeekList.

If you add one or more games to the list, you can choose one or more other games on the list that you would accept in trade. You indicate your wants using a special online tool that was created just for this purpose.

When the deadline for trading arrives, the organizer of the trade runs another tool (program) in the background that does all the math (hence, math trade) to execute as many trades among participants as possible. It tries to please everyone by making either direct trades or strings of trades.

Sometimes dozens of traders get involved, each trading several of their games. Such a GeekList can grow to be thousands of items long.

While it’s possible that your game doesn’t find a new home, the odds are certainly worth giving math trades a try. After all, it’s just collecting dust now anyway. The more games you offer and the more you say you’re willing to accept in return, the better your chances of making a trade.

If the tool does find a new home for one or more of your games, you normally make arrangements to ship it to the new owner using yet another tool on BGG that exists to help you keep track of such trades.

Unless the trade was part of a local, specialized “no-ship” math trade, you’ll likely be responsible for paying shipping costs. Depending on the games involved, you’ll probably get your new game for less than buying it new online or at a game shop.

So dust off that game box, take inventory of its components, assess its condition, and find a BGG math trade GeekList to add it to today.

How to Trade Board Games