Games We Used to Play – A Lot

Back in the olden days, which I’ll define as the years before I was introduced to The Settlers of Catan, we would play Trivial Pursuit quite often. In fact, we’ve played the original edition (Genus I) so much that we have nearly all the questions and answers memorized. 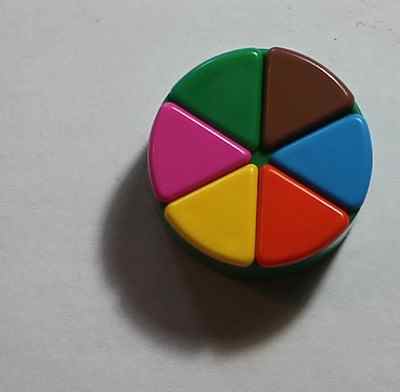 So where’s the fun in playing it today then?

Well, if we want a quick non-euro game, that’s the path to take. There are still enough answers we don’t know or remember that a win is not a one-turn affair.

When you’ve collected all the wedges, or pie pieces, or glitches (as we call them) and you land on the center hub, your opponent(s) get to choose the category of the question you must answer to win. We have a tradition where, if you win, we’ll ask you all the rest of the questions on the same card just to see if we could have stumped you by choosing a different category.

Furthermore, just for the fun of it (especially in a 2-player game), the winner will also pick a card and ask all the questions on it.

This tradition has obviously contributed to our memorization of nearly all the answers in the game.

I can’t say for sure, but it seems likely that I’ve at least heard all the Genus I questions at one time or another. Whether or not I recall all the answers correctly is another matter.

My wife and I played Trivial Pursuit, Genus I, just the other day. I think she won, but I had collected most of my glitches. The game probably lasted about half an hour – not our fastest game but a good amount of time for a trivia game.

Most of the questions in the generic editions of Trivial Pursuit can be answered by a reasonably-well-educated adult. So if you’re playing the game and don’t know the answer, quickly make a wild guess. (An easier question is likely to turn up next turn.) Say something like, “I don’t know…Clint Eastwood.”