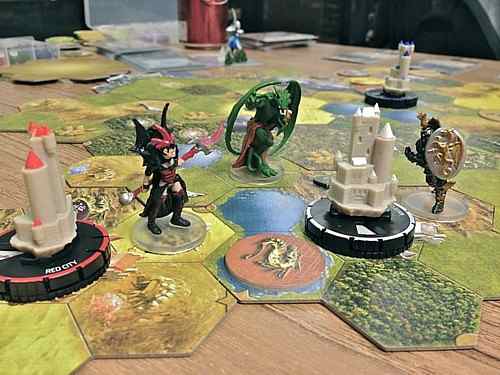 There’s all that and more packed into this wonderful game, and the really cool part is that you can play it solo and have just as much fun as playing it with others.

Battling the monsters might remind you of another game by the same designer; that game would be Dungeon Lords. If you’ve played that game (and you should), there’s a fair chance you’ll like Mage Knight.

I’m not familiar with the original Mage Knight, but I’ve read that there’s not much similarity between the two – other than the basic theme.

Mage Knight is currently on the pricey side, but I have the feeling that the cost-per-play will make this one worth your investment.

Check the price of Mage Knight on Amazon.