Discover How To Win As Mr. Jack or As a Detective 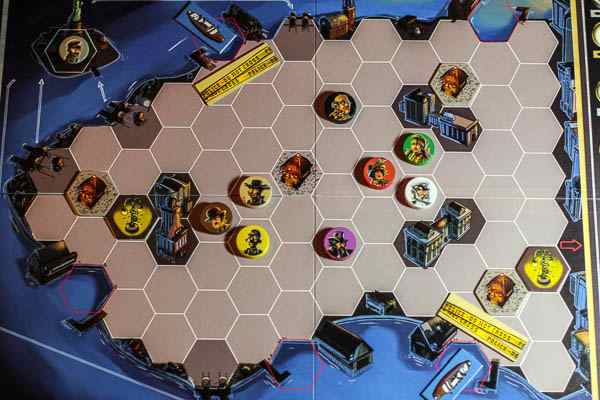 I’ve played a game called Mr. Jack several times over the past several years. It’s a fun 2-player-only game that pits the criminal Mr. Jack (i.e., Jack the Ripper) against seven other characters. Mr. Jack tries to escape or manage to remain undetected for eight rounds. The other characters try to locate and identify him before those eight rounds come to pass.

That premise remains the same as Mr. Jack moves to New York. What changes (besides the surroundings) is the cast of characters and their abilities.

The Cast of Characters

In each game, Mr. Jack takes on the identity of one of the eight characters. The other seven are his enemies that he must avoid. 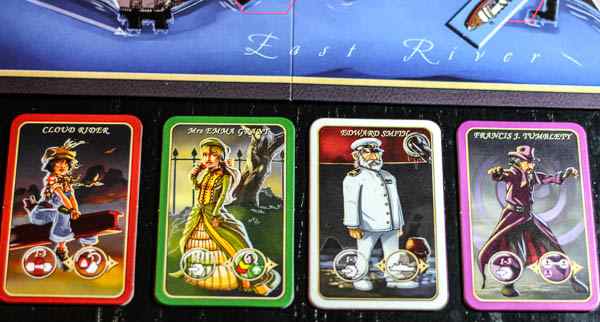 Each character moves from 1 to 3 spaces on the hexagonal board, and most of them are required to perform their special ability either before or after that move. 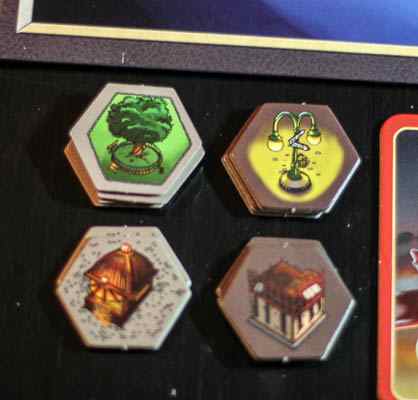 The Light or the Dark Side

At the end of each round, if Mr. Jack is invisible, he can attempt to escape during the following round. This is much easier said than done. Theoretically it is an easier task in Mr. Jack in New York than it was in the original game of Mr. Jack.

This balance improves the game and makes it more challenging if you are playing as the detective. 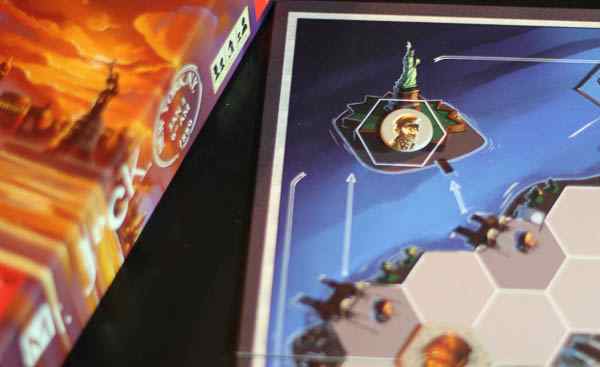 If you are the detective, you may wish to make use of an Informant who starts the game over on Liberty Island. You can travel across the water to the island to discover from him which of the characters is not Mr. Jack. (Actually, Mr. Jack can also do this defensively.)

The Informant is moved to a new location where he can again be interrogated in a future round.

Should You Get Mr. Jack or Mr. Jack in New York?

Or just grab both versions of the game, since they are both very good games and one of the few 2-player-only games we enjoy.

Check the price of Mr. Jack in New York on Amazon.

How To Capture Mr. Jack in New York