Caylus vs Pillars of the Earth 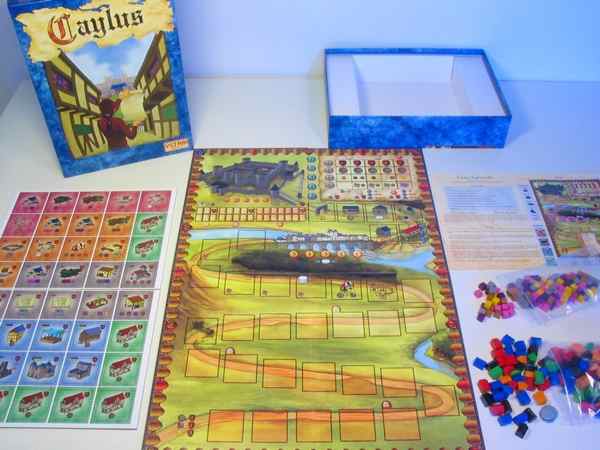 Now, these two games are not identical by any means. That said, if you’ve played both, you will notice a few similarities and a general overall feel of sameness.

In Caylus, while ostensibly building a castle, you work at constructing many lesser buildings in the vicinity. You collect resources (as in any good Euro game) and use them along with other mechanics built into the game to improve your position and earn victory points.

Probably the most special facet of the game is the “timer” in the form of the Provost, a token that moves along the road leading from the castle. It’s a little difficult to explain this movement briefly, so I’m not going to try here. You can easily find the details at Board Game Geek, if you’re really interested.

Caylus is an enjoyable game probably best played with 3 players, though you can play with 2 through 5. If you’re up for a moderately heavy, medium length, Euro style game, Caylus is a great place to start.

Check the price of Caylus on Amazon.

Caylus Is Pillars of the Earth Heavy