If It Ain’t Broke, It Works

And if it works, nuf said. Enjoy, but be careful! It’s a trap! 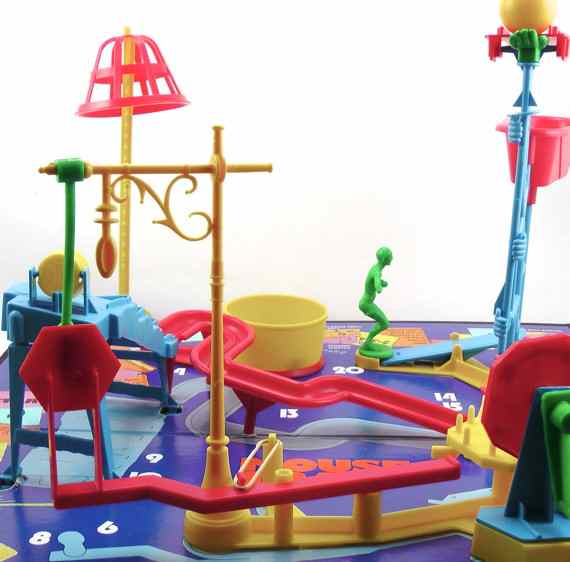 Mouse Trap is likely a game from your childhood. If it wasn’t, I’m sorry. You may have been deprived.

Most of the fun in Mouse Trap is building the Rube Goldberg machine just to see if it will work as expected. You don’t even have to play the game properly. Just put the contraption together, set it in motion, and hope the trap falls on the unsuspecting mice.

If it doesn’t, make adjustments and try again until it does. When it finally does, rejoice!

There isn’t much to the official game itself. There’s something about collecting pieces of cardboard cheese and luring other mice into the trap. You’re actually supposed to play until all but one mouse (that is, player) has been eliminated. That’s probably not much fun for younger players, unless they are willing to stick around to watch others fall into the trap too.

That said, this is still a very popular game for the reasons mentioned. You can easily find a copy in the major department stores. If you have children, you really should keep them from being deprived and pick one up for everyone to enjoy – whether or not you ever play the full game as intended.

Check the price of Mouse Trap on Amazon.